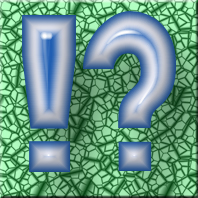 I originally started this post as a follow-up to my recent Revelation commentary, but God had me to think things through a little more thoroughly over the past few weeks. I’ve compiled what seems to be many of the common objections when trying to see things from the perspective I’ve presented. As always, I would like to note these are my personal conclusions as I’ve studied the Bible more. I could well be wrong, but viewing the story of the Bible as a whole, it seems to be the most straightforward message being communicated.

There are several issues that can cause the scriptures to be bent to traditional views. Many religious leaders are just trying to keep their position whether for financial, power, or pride issues, or some combination of these. If we start with traditional assumptions though, it can easily cause us to ever so subtly bend scripture to fit those views. Over time, we get what we have today, a house of cards that collapses as we begin to pull away the layers of misconceptions holding it up.

Over the past couple of years, I’ve tried to lay aside my traditional bias as much as possible to see how, or if, everything in scripture aligns. To my surprise, I’ve found the story being communicated that makes too much sense, in view of God’s love, to just toss aside and accept alternate meanings. This isn’t because I have something to gain by holding these views. It’s more because once this truth was known to me, it was impossible to just close off my mind to it again regardless of the worldly consequences of shunning, shaming, and condemnation.

So the primary conclusions I’ve been led to are these:
God is good, just, and merciful. He is all powerful, all loving, and all knowing. Any conclusions I make stem from these.

From here, I’ve came to many conclusions in light of some of the otherwise atrocious events in the Bible. The main premise here is God who delivers justice tempered by mercy. While this, to some extent, may offend our worldly sensibilities, it tends to make sense when considered.

Would God destroy a society just to torment those people eternally? Or, was the destruction of that society an act of temporal wrath in order to punish them in the physical so their spirit wouldn’t become wholly corrupted? As we often reference, God is all-knowing. Therefore, he knows how to punish those appropriately to save them spiritually. Considering, even in the tumultuous Old Testament world, the punishment always fit the crime (i.e. an eye for an eye and a life for a life). However, once the punishment was doled, there was no more a price to pay. We see this with Jesus’ sacrifice at the cross, and we see that God’s wrath comes to an end (Rev 15:1, Ezekiel 5:13). In any event, the rest of scripture contradicts the idea of a never-ending torment. Was God angry? According to scripture it would appear so. However, his anger came to an end!

With that stated, we can consider why the soon references to the coming judgment of Israel would have been in reference to the 1st century Jewish people. God’s wrath for a society insistent on the curses of the Old Covenant, in light of Jesus’ payment, was granted. Compare the curses of Deut 28:15-68 to the enacting of Revelation. When we stretch the soon terminology to mean something far-future, we in turn bind ourselves to Old Covenant punishment, which is exactly what Israel was doing. In that case, we deny Jesus’ establishment of the New which does not contain such punishment under the law because Jesus has already taken that punishment!

The next consideration is the Lake of Fire. We see Hades (the original concept of a burning torment) tossed into the lake along with Death—that is the state of our spirit being perpetually contained in the grave, or a Sheol-like place, after physical death, as was a common concept in the Old Testament.

The question here is, if the prevalent ideas of the afterlife are thrown into the Lake of Fire, what would the lake be for in regards to us spiritually? The Lake of Fire (imo) is for spiritual cleansing. As mentioned previously, God, in his infinite wisdom and mercy, allowed corrupted societies to be destroyed before they had become completely spiritually corrupted. If completely spiritually corrupt, the lake would wholly consume them and nothing else would be left. The second death is essentially a death of the corruption our spirit has accumulated. I believe this to be why Rev 2:11 and 20:6 mention that the second death (synonymous with the lake) has no power over those who have already been perfected spiritually.

So, if all of this is true, what’s the point of making a decision for Christ in this life? Unfortunately, this question relays the very concept that has so woefully corrupted Christianity. The question is the epitome of selfishness. In other words, the question states—If I don’t have to be a Christian to avoid eternal torment, what’s the point of being a Christ follower? Why not just do what I want until God takes me out and burns away the corruption I’ve caused myself (and possibly others) spiritually? This is the very definition of a backwards way to relate to Father. If we only follow our concept of Jesus to avoid hell, we aren’t really following out of love but self-preservation. This leads to an escapist mentality. If God is going to destroy the world, why make it better? Again, this goes back to skewing the soon terminology into a far-future event. Perhaps one of our main purposes in this life is to make this world better for those who come after us so their spiritual journey is more fruitful (hint, hint—like Jesus did through his life). When we’re just maintaining the status-quo until we’re “taken home,” we defeat the entire purpose of God creating us to be creators ourselves.

In respect to the length of this writing so far, I will stop here for now. I don’t want to scare anyone away with the word count :D. Again, I would like to annotate that these are my views. Please research them prayerfully to seek relevance for your personal walk.

4 thoughts on “What Could it Mean?”